Times they are a-changing for the professional woman!

In honor of National Women’s Day, we would like to share the article below found in The Physician’s Money Digest Magazine. The article details the progress by, and persistent setbacks for women in medicine. Dr. Mary Ella Carter not only supports the gender glass ceiling breakthrough as evidenced by her success in medicine, but also dedicates her time to fostering a mentoring environment for her medical assistant gap-year students pursing careers in medicine. 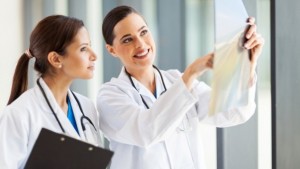 International Women’s Day is a time to inventory the status of women in medicine and women physician entrepreneurship in the US and throughout the world. The economic, business, educational, healthcare, social, political, and justice benefits of gender equality around the world are evident. Yet, barriers remain. The status of women in US medicine and physician entrepreneurship, as you would expect, continues to evolve since Elizabeth Blackwell graduated as the first female (African American) physician to graduate from a US medical school in 1864. Here are some snapshots:

1. Women now make up about one-third of the doctors and lawyers in the United States, The Wall Street Journal reports. But for those female employees who expect equal representation in the near future, a discouraging statistic belies the good news: Female lawyers and doctors still get paid less than their male counterparts for doing the same job.

6. Physicians are the professional group with the highest rate of suicide. And studies have estimated that women physicians have as much as an eight fold rate of suicide compared to their male colleagues.

7. Specialty preferences vary by gender. Fewer than 5% of cardiothoracic surgeons are women.

10. Women entrepreneurs, both inside and outside of medicine, are making an impact. Eventually, half of the doctors in the US will be women and many of them will be successful physician entrepreneurs. While there has been substantial progress over the years, billions of women around the world face oppression, sex trafficking, and a denial of basic human rights and opportunity. While the solutions are evident, the political will is not and it will take perseverance and courage to change the tide.  – See more at: http://www.hcplive.com/physicians-money-digest/contributor/arlen-meyers-md-mba/2016/03/the-status-of-women-in-medicine#sthash.v0NgFLbY.dpuf